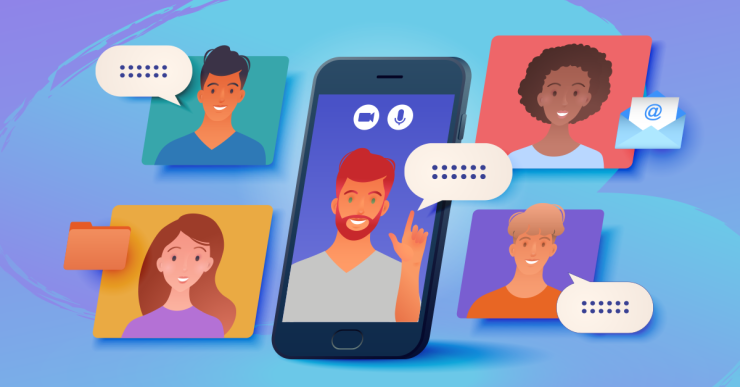 From individual to team performance management

Recently, the most successful companies such as Google and Deloitte have changed their performance management systems. These systems are focused on assessing the future performance of their employees rather than taking into consideration past performance, and many organizations are already discarding the traditional annual appraisal review.

Expressing recognition for the individual achievements of your employees plays a key role, as it influences the team performance. Therefore, it is advisable when organizations evaluate their teams to consider the individual performance of their members.

As part of their study, Professor Ning Lee and his colleagues conducted additional research to prove that individual performance within teams matters because, after all, each team is made up of individual members who contribute to its success. This study shows how an "exceptional" team member, called an extra miler, was able to influence the team effectiveness beyond the contributions of its other members. This extra miler also played an essential role in the driving and implementation of various team processes. That is why it is vital for organizations to recognize precisely and timely these particular team representatives so that they can develop their potential more successfully, and hence the potential of their entire team.

It is highly recommendable to focus on your team members' strengths to create a sense of accomplishment within the team itself. According to a Gallup study, 67% of employees whose managers highlighted their strengths showed a strong commitment to their work, compared to only 31% of employees whose managers highlighted their limitations.

Use effective communication styles when giving feedback
It is crucial to give constructive feedback to your team members and show empathy when discussing their weaknesses. However, it is equally important to pay attention to the way you present your feedback. In 2008, an interesting experiment was conducted with two groups of people representing two separate teams (Goleman, Boyatzis, 2008). The first team members were given negative feedback, accompanied by positive non-verbal communication such as smiles. The representatives of the second team received positive feedback, but the communication approach was negative, with the appraiser frowning or narrowing their eyes. What did the results show? The team that received positive feedback accompanied by negative emotional signals felt worse than the team whose feedback was negative but delivered positively. Therefore, you should not underestimate the way you communicate your feedback to your employees because delivery often matters as much, if not more so, than the content of the feedback.

Ensure that managers are coached in how to give effective feedback

Ensure that your company's managers are trained to provide effective feedback to their teams because this is one of the most critical leadership competencies. According to a curious study assessing job motivation conducted among 238 employees from 7 companies, the sense of progress is a stronger motivating factor than personal recognition or even a pay rise (Amabile, Kramer, 2011). That is why managers need to provide specific feedback to their employees on how their work helps the team and the organization develop.

Allow team members to provide feedback to each other

How could organizations ensure that team members give regular feedback to each other? Very simple - one of the ways to organize this process is by 360-degree feedback tool, which collects information from different raters - the employee itself and other stakeholders familiar with its behavior in a work environment, such as managers, directs reports, supervisors, subordinates, colleagues, customers.

Leaders, however, need to assess whether their teams are ready for a 360-degree study because it takes some time for the members of each team to get to know the strengths and weaknesses of their colleagues.

In conclusion, it is essential to remember that to achieve high team efficiency in the organization, we need to be sure that employees receive recognition for their individual contribution to the team, as well as regular feedback at the individual and team level. The efforts made by managers in this regard will be rewarded many times over in the form of improved team performance and increased employee engagement.

Learn more about what sets us apart from other employers.

The latest news in HR development, leadership and digital tools - right in your inbox!

Drop us an e-mail: info@ls-s.com