HomeBlogWinners and losers of the home office revolution 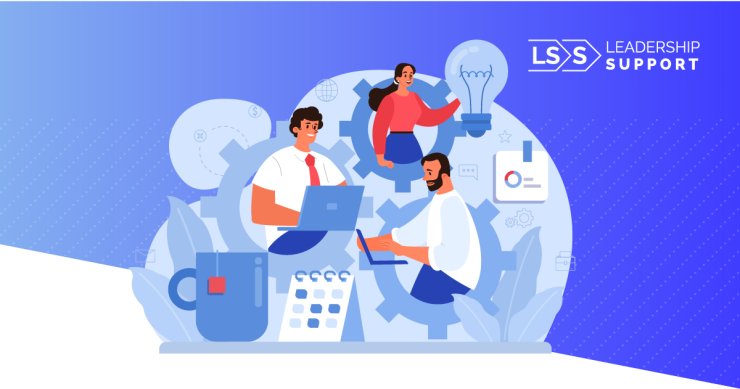 Winners and losers of the home office revolution

The first team investigated an unnamed Asian technology company that began working remotely during the pandemic. In short, whatever could have gone wrong has gone wrong. Overtime hours have increased, and productivity has dropped abruptly. There is a severe lack of time to concentrate on specific tasks. Mentoring has also disappeared. Of course, the employees with children at home were in the most unfavorable situation.

The second team surveyed more than 30,000 Americans over the past few months and found that employees were extremely satisfied with their working from home experience. Most of them say that it exceeded their expectations. The study's authors forecast that employees will enjoy greater benefits due to the larger amount of work they have done remotely. According to them, productivity in the post-pandemic economy will increase due to optimized work engagements and processes.

But what happens when we look at both studies. Remote work suppresses productivity, but at the same time, increases it to unexpected levels. It obliterates concentration and increases overtime hours, but people want more of it. Remote work hinders teamwork, which is especially important for R&D companies, but these same companies say they will move permanently to this work model.

According to the American journalist Derek Thompson, all this would make sense if we think of working from home as an invention that helps some people more than others. After all, maybe the home office revolution is a good thing. However, it will produce both winners and losers. Let's see who they are.

According to the results of more than 30,000 surveyed American employees in the last year, no one has benefited more from remote working than the men between 30 and 40 years of age with high income. In addition, high-profit companies are now more likely to view remote working as a fundamental part of their business. Thompson argues that in economic terms, the fastest winners in the home office revolution will be those companies that are already winning and doing well anyway.

Winners: Introverts at work and people who enjoy (or are good at) using online communication tools

For extroverts, the office can be the perfect place to do their job with an acceptable amount of spontaneous breaks. However, for more introverted people, the office can become a quagmire that engulfs and suffocates them with its forced closeness, unwanted noise, and the constant threat of random "small" talks with the colleague who repulses them the most. For this group, working from home is like a cure for the high level of anxiety they experience during the working day.

Working in the office does not only benefit extroverts. Those who have a talent for talking to people live also benefit from it. Employees can prove themselves in the office by making witty jokes to the boss or giving brilliant presentations in crowded conference rooms in front of the managers. These professional advantages somehow (if not completely) disappear in the online environment, where other skills are needed and valued, such as responding quickly to emails, being able to write quickly and clearly, knowing how to share a presentation on Zoom, or having the right a mix of irony, brevity, and charm in your messages in Slack or Teams.

A remote office is not an office without a location. A conversation in Zoom is a location itself, a channel in Teams is also a location, the manager's inbox is a location as well. These are all "spaces" in which bosses can evaluate the performance of their employees. It is usual for different people to thrive in different places, so we should expect that the virtual space of remote work will reward some skills that have been underestimated in the office environment.

Winners: Outside the big city

The money that until now has gone into offices, shops, restaurants, hairdressers, etc., in the centers of the big cities, will not disappear into nothingness. Instead, they will simply move to the suburbs and smaller settlements. For many years, urban planners have been talking about "15-minute cities". These are suburban neighborhoods or smaller towns with easily accessible central areas, where their residents could satisfy every need for delicious food, drinks, beauty, entertainment, and fitness within walking distance.

Remote and hybrid work sets new challenges for employees and employers. Both sides will have to solve these problems quickly. The good thing is that this is already happening. Organisations provide home office equipment for their remote workers or technical means for the company to operate in remote or hybrid mode. In addition, there is a massive increase in investment in the digitalization of work processes and the use of various digital tools for human resource management collecting feedback from employees, measuring their commitment, motivation, performance, and many other key indicators. These tools and the information they provide make companies competitive in the market.

If we imagine that before the pandemic, the office was like a fine dinner where people come, sit together, and go home a few hours later, then the office after the pandemic is more like a neighborhood cafe. People come and go - you will recognize some of them, and you will feel alienated from others. Unfortunately, this is not the most suitable environment for newly hired employees who need to fit quickly into the team and feel warmly welcomed by their colleagues. Deprived of desk neighbors, makeshift coffees, and any way to feel the mood of the people around them, the new and young employees risk staying unnoticed and unknown in their company if they are not given timely support.

Losers: Landlords and businesses in the city centers

You don't have to believe in the sunset of big cities to see how remote and hybrid work will shake up the downtown businesses. Hybrid work leads to less commute to work, and less commute means fewer customers in downtown areas. According to the calculations of the researchers from the second team, the post-pandemic transition to remote working will permanently reduce the revenues of restaurants, cinemas, barbershops, and other retailers in city centers by up to 10% compared to pre-pandemic revenues. As commuting decreases, public transport will also have to expect a steady decline in revenue. "Relocation is easier for workers than for businesses. But do you know what really can't move? The skyscrapers. The implications for commercial real estate can be very interesting," said Nicholas Bloom, one of the researchers from the second team of scientists. Vacancies in the city center are increasing across the country, and even under the optimistic scenario that 90% of employees return to the office three days a week, this is still a nearly 50% drop in commute travel and office use.

Learn more about what sets us apart from other employers.

The latest news in HR development, leadership and digital tools - right in your inbox!

Drop us an e-mail: info@ls-s.com